» Some more pets in market place

Have old client but server is black? Use THIS

As we had problems with dedicated and our only coder had to spend all his time on his job.
We had to close the server due to several bugs on database and connection issues, as not all things last forever, nor will disappear forever!

Today with the help of good friend we managed to purchase a new dedicated server!

It will come back at full speed, though we need time to setup and backup everything so it might take a few hours maybe even a day until everything has been properly set up.


And a few changes we have as idea but still deciding...

Return use of lower level gears and boost them to a X point and make it harder to obtain.
Adjustment of pets, instances and bosses;
Additional gems;

About the last update (read above), we need to warn you guys that you must log-in within 45 days or your character will be DELETED.


I'll be changing this topic if any changes occur

Until then... Arrivederci ~Ling 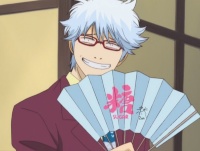